We should have done better in first half, says France coach after NZ win

We should have done better in first half, says France coach after NZ win 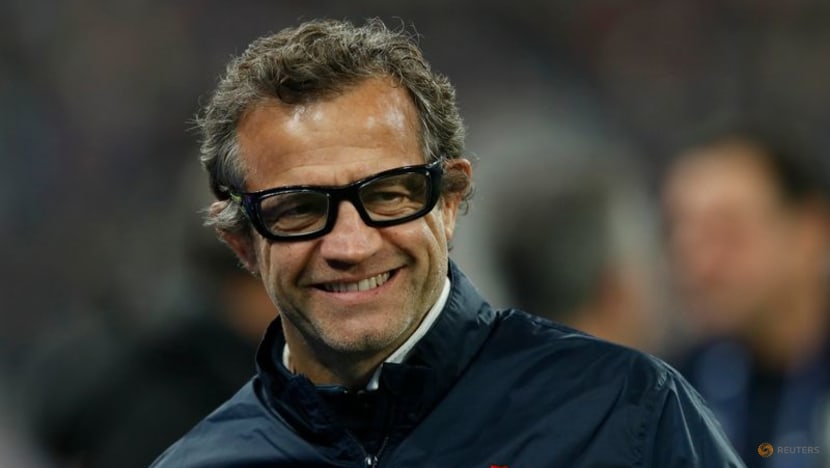 France played some splendid rugby in an exhilarating first half as they claimed their biggest victory against New Zealand on Saturday, but coach Fabien Galthie said Les Bleus should have done better before the break.

France won 40-25 for their first victory against the All Blacks since 2009, and their first on home soil since 2000 in a brilliant demonstration of their flair.

"In the first half, we played well, we suffocated them and the team believed in themselves," Galthie, who captained France to the 42-33 win in Marseille 21 years ago, told a news conference.

"At halftime we said to ourselves that we could do better, we had given them a couple of soft penalties. Even though they had only scored six points."

New Zealand were 24-6 down at halftime - the biggest margin in their history, but they bounced back in the second half, scoring three tries in 20 minutes to narrow the deficit down to two points.

But France had more in store.

Flyhalf Romain Ntamack launched a stunning counter attack from inside his 22 metres that ended close to the line, with Ardie Savea coming off his feet to keep Les Bleus at bay.

You have reached your limit of 5000 friends!

File size error: The file exceeds allowed the limit (244 MB) and can not be uploaded.

Unable to upload a file: This file type is not supported.

We have detected some adult content on the image you uploaded, therefore we have declined your upload process.

To upload images, videos, and audio files, you have to upgrade to pro member. Upgrade To Pro